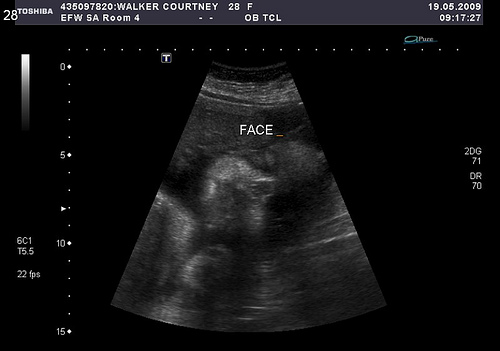 ” A Nation that kills its own children has no future.”

It was Abraham Lincoln who said, “As I would not be a slave, so I would not be a master.”  Likewise, as I thankfully had not been the aborted, so far as reason leads me, I would not be the one who performs, condones, requests, legislates in favor of, or undergoes an abortion.  We both speak of democracy more than we think.

This post is not an easy one.  No doubt, I may be misunderstood.  Roe v. Wade introduced a complex if not controversial situation.  On one hand not all pregnancies occur under the same circumstances…no “one size fits all.”  There are rapes.  There is incest.  All demanding careful consideration and not the rapid, indifferent judgment of the mother by her peers.  Once the “baby bump” appears, so does a scarlet letter of sorts, unless the pregnancy was “cleared” as legitimate;  i.e. a visible couple in many cases with shared vows and wedding bands.

Abortion in its most fundamental examination and possible application (not all mothers who think about abortion, have abortions) is actually a horror.  Plain and simple…no matter how you rationalize it, a human with life is there and then gone:  the life snuffed out.  But we are not just talking about any creature…pig or platypus…we are dealing with human DNA, at least according to science.  And I know that many in science determine life according to certain time factors, but still far too many lives…legitimately classified as “living” are terminated.  Just ask Dr. Gosnell.

But in the following poem, something sinister is suggested.  Not because women set out to be “monsters,”  but that in our present society the real ethics have not been examined enough.  As I listened to the recent Supreme Court Confirmation Hearings, I was surprised to hear one senator refer to “abortion on demand” as a code word.  Since when couldn’t “abortion on demand” refer to just that, abortion when you want it.  And what is unreasonable about a minor needing parental consent to get an abortion.  I mean, yes, there are irresponsible , even abusive parents who have questionable authority in their children’s lives.  But what of the truly loving, caring parents who are genuinely concerned about the future of their children?  And I don’t mean parents who count it as caring for their children to attend Harvard.  In fact some of these mothers may indeed have gone through the guilt and regret of having abortions themselves, and they do not wish their daughters to go through similar experiences.  But mostly I couldn’t help but notice so much emphasis on the victimized mother…and I am by no means saying that great forces beyond an individual’s control do not turn the abortion debate into something of a “game of Pong.”  But could someone have at least mentioned what was inside her womb?

That is what this poem attempts to do.

A ghastly sight is she.

A sisterhood of blood they must be.

(Yes, even the unborn bleeds.)

And she suffocates in salt

And moves in pain:

The woman in the womb.

She will be no lady of the house

Or princess arrived to the ball.

She will never govern or influence

The affairs of men

Or mankind at all:

The woman in the womb.

No glass ceiling will she ever approach,

Let alone crack or break it when

Judges of this generation pass sentence

And a Slaughter of the Innocents

Their legal pound of flesh.

“And those of us who uphold this law

Think perhaps it is a better death

Than back alley and coat hanger surgery.”

So we each come to decisions:

“My future at stake!” decisions, (spoken and unspoken)

Some even say legislative decisions,

But nevertheless, life and death decisions.

While womankind is shrinking,

Until a generation is missing.

What of a people who in war, crime and peace

Without even one weapon!

To fight for your life

Against the stranger and the machine

That sucks out every limb and organ.

Is there anyone who has a heart,

Or even simple, thoughtful, kind regard?

But so… at the inn there was no room.

And the sound of laughter might come to ruin.

And life goes on from midnight to noon.

And babies are still nursed in hospital rooms.

And fathers take to heart either glow or gloom,

But make damn sure there is food in their spoons.

Whether in poverty or in wealth…from one parent or two…

Care for all life

(Not the least…care for this mother with child!)

Because the woman with child or not,

A woman in the womb.